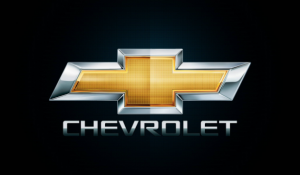 You might have suddenly lost your Chevrolet car keys and want the keys to get replaced by new ones? You won’t need to go through many challenges to replace your car key with our services. Our car key technicians here at AZ Car Keys are considered the most highly trained Chevrolet key specialized pros in Phoenix AZ.

Car keys are the main link to the car entry and they should be taken care of to prevent burglary attempts. For every car model there has been advancement in the car keys that the vehicle uses, when you look at the key that was being used when the car was made and the one being used today, there has been major changes and several additional features.

Today car keys are available in different sizes and shapes with so many features such as remote control to switch the alarm and unlock the door or even a keyless entry. The following is an explanation of the different types of Chevrolet car keys as well as how much it would cost to have it replaced today just in case it got lost.

Originally Chevrolet cars used both the ten cut key and the six cut key that looked like a traditional house key that was inserted in the ignition barrel to disable the steering wheel lock. The car owner needed to have the two keys, one for ignition and the other for the door, trunk and the grove compartment. After the change over to the ten key system, car owners did not need to have the two car keys any longer as it could unlock the door and start the ignition and it also reduced the replacement cost after losing the key.

The modern Chevrolet cars that still use car keys have an electronic immobilizer that does not allow the car to start unless the correct car is used; the key may open the door and turn on the ignition but the integrated computer will not allow the engine to start.

The replacement of this original Chevrolet ten cut system car key today costs about $150 while the six cut system is approximately $80 for the door key and $95 for the ignition key. If the key can be cut using a code but if it cannot, it is cut manually and the replacement cost is quite higher

The entry of transponder car keys changed the functioning of the car keys in every car make and model including Chevrolet. A transponder car key means that it consists of a computer chip and code that is programmed with the main computer of the car so that if functions fully. The electronic chip is covered with plastic, it does not need a battery in order to operate and it does not have buttons or a remote locking system on them.

Most of the Chevrolet cars that have been made in the last 15 years make use transponder car keys since they are more secure to use. It is programed in such a way that only your car’s integrated computer can detect the key and its code as well as start its engine. This explains why you cannot use it even with a car of the same model.

The added features in Chevrolet transponder keys come at an additional cost in case you need a replacement of the key. You will pay close to $50 programming fee in addition to the normal key cutting charges so that the key is programmed in such a way that it can communicate with the car’s computer.

This is the latest of the Chevrolet car keys. It allows you to enable and disable the car alarm system as well as lock or unlock the car door from a distance. In addition to accessing the car remotely, it has a transponder chip that should be programmed properly with the onboard car computer for the key to function. However this car key uses batteries and some Chevrolet car doors can be unlocked with the mechanical blade but in order to start the engine and disable or enable the alarm system, you need the remote control.

The newer Chevrolet cars do not use the mechanical blade at all. When using a remote flip car key you do not have to worry about the key, you just keep it in the pocket all the time and when you get close to the car it will detect it and unlock the doors automatically. In some Chevrolet cars you have to touch a sensor located just behind the door handle for it to unlock. After entering the car, you push a button for the car starts and the doors will lock themselves automatically after some time.

The next time you find yourself keyless and in need of a replacement key for your Cadillac, make sure you call our highly trained technicians at AZ Car Keys. We’ll have you fixed up in no time!

I lost my Corvette key and gave these guys a call. Very impressed that they were able to come to me within an hour and make me a replacement key in no time at all. Will use again (If I have to)